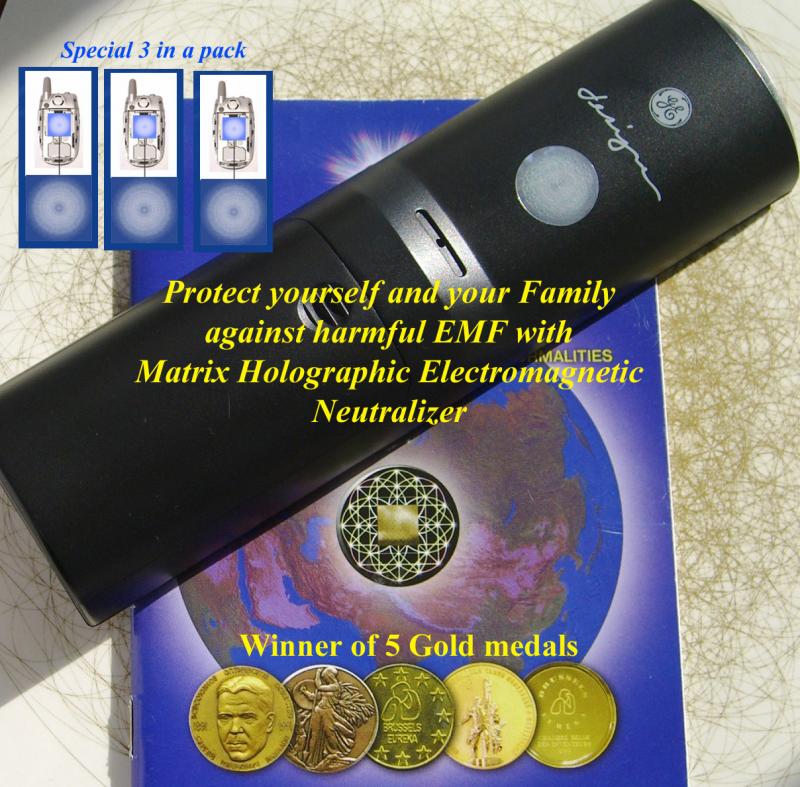 It has been scientifically proven that an electromagnetic field (EMF) is a particular form of matter through which electrically charged particles can interact. Physically, the existence of EMF is caused by a time-variant electrical field E giving rise to a magnetic field H, and due to a time-variant magnetic field H giving rise to a curl electric field. Both of these the components are changing constantly and stimulate each other. The EMF of fixed or uniformly moving charged particles is inextricably entwined with them. When charged particles accelerate, the EMF detaches from them and begins to exist independently as the electromagnetic waves which do persist even if their source is turned off. A wide array of clinical evidence has been accumulated for the unfavorable effect of magnetic and electromagnetic fields that it has on the human body. Researchers from around the globe have discovered that the human nervous system is particularly sensitive to EMF. They also found out that the EMF can exert a so-called information effect on humans if the intensity of the EMF is lower than a thermal effect threshold. EMF can wield various kinds of influence on biological objects including humans: continuous and intermittent, general and local, multiple from several sources and combined with other unfavorable environmental factors. EMF of low intensity can cause malfunctions in a nervous cell, in a synapse (a structure responsible for transmitting nervous impulses), or in other particular nervous structures. People who are in contact with EMF can experience changes in their higher nervous activity and memory. Also, such people have a disposition to develop stress reactions. Sexual dysfunctions and disorders are usually related to changes in their regulation by the nervous and neuroendocrine systems. Also, repeated exposure to EMF decreases the activity of the pituitary gland. It is a known fact that exposing a pregnant woman to EMF can cause congenital malformations in children. A fetus is most vulnerable at early pregnancy periods corresponding to the implantation stage and the early organogenesis stage. When an organism is exposed to EMF for long periods of time, the biological effect of EMF can accumulate, sometimes causing remote consequences, including degenerative diseases of the central nervous system, and hormonal and oncologic diseases.

Using a mobile telephone can cause significant changes in the bioelectric activity of the brain. Research has been shown that those using a mobile telephone more than hours a week can cause functional changes in the human organism. Furthermore, people using a PC monitor for over hours every day for duration of  years can lead to pathological impairment of vision, the central nervous system, cardiovascular system, and the immune system. Throughout the many years, developers have attempted to create devices such as protective screens to reduce the negative effects of the man-caused electromagnetic fields. Unfortunately, there is no real protection from the electromagnetic radiation emitted by household appliances, computer equipment, and radiotelephones. The Platinum Matrix Holographic Electromagnetic Neutralizer is a device that neutralizes powerful field abnormalities caused by computers, TV- set, Microwave oven, etc. This product also efficiently corrects both natural and man-caused electromagnetic aberrations, as well as any kinds of disturbed electromagnetic information-exchange processes that occur in pathologically changed organs or tissues of the human organism. In order to use this chip, the protective paper must be removed to expose the self-adhesive surface. Then the Platinum Matrix Holographic Electromagnetic Neutralizer should be pressed against a flat surface of an electric appliance.